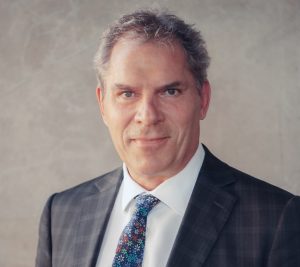 How can you defend someone you believe is guilty? Tony Bamford of Bamford Law is often asked the question. Maybe this is the reason why defence lawyers are sometimes vilified – identified as no better than their clients. For example, the lawyer representing Anders Breivik, the mass murderer in Norway, was forced to take himself and his family into hiding, fearing for their safety.

But Tony says the burden of representing a client you believe to be innocent can be greater. “Belief of involvement or guilt is irrelevant – I’m not their judge, I am their advocate,” he stresses. “I have a duty to advise them on the strengths and weaknesses of the prosecution case against them and their defence. Sometimes clients don’t like what they hear.”

“Everyone is presumed innocent until the prosecution proves they are guilty beyond reasonable doubt, so their legal right, and my professional duty, is to put the prosecution to that proof. The high standard is there to minimise the risk that innocent people are convicted.”

Guilt or innocence can be complicated, Tony comments. For instance, violence charges range from common assault to wounding with intent to cause grievous harm. “So maybe the defendant is contesting a very serious charge on the basis that, while accepting he or she assaulted a victim, they didn’t intend grievous harm. Someone charged with murder may accept that they caused death and would plead guilty to manslaughter, but deny that they intended to kill and therefore defend the more serious charge.”

Defence lawyers need a passion for the job, energy, stamina in often challenging circumstances and the ability to relate to people, he says. “I’ve done hundreds of jury trials over many years. There are numerous and changing dynamics present in a trial and it’s important to stay focused on key issues and remain calm in the face of all the moving parts of an unfolding case. There are often unpredictable witnesses giving evidence that neither defence nor prosecution expected, so being flexible and alert is essential.”

Lawyers should also know the client and his or her case well. “It often helps if a jury gets some positive sense of the person charged to enable them to look past the events, which can range from distasteful to horrific. As Anders Breivik’s lawyer said: ‘Our strength is to treat the terrorist as a person whose rights and dignities must be respected’. Tony is constantly surprised by personal qualities of many clients whom society demonises. “Often crimes result more from the stupidity of a moment and lack of human skills, rather than anything ‘evil’. The thought ‘There but for the grace of God’ often comes to mind.”

Managing personal stress and staying healthy is also critical. As he says, “You are going to be of little use to a client if your functioning is compromised.” Enjoyment and satisfaction helps, and Tony adds, “I love this work.”