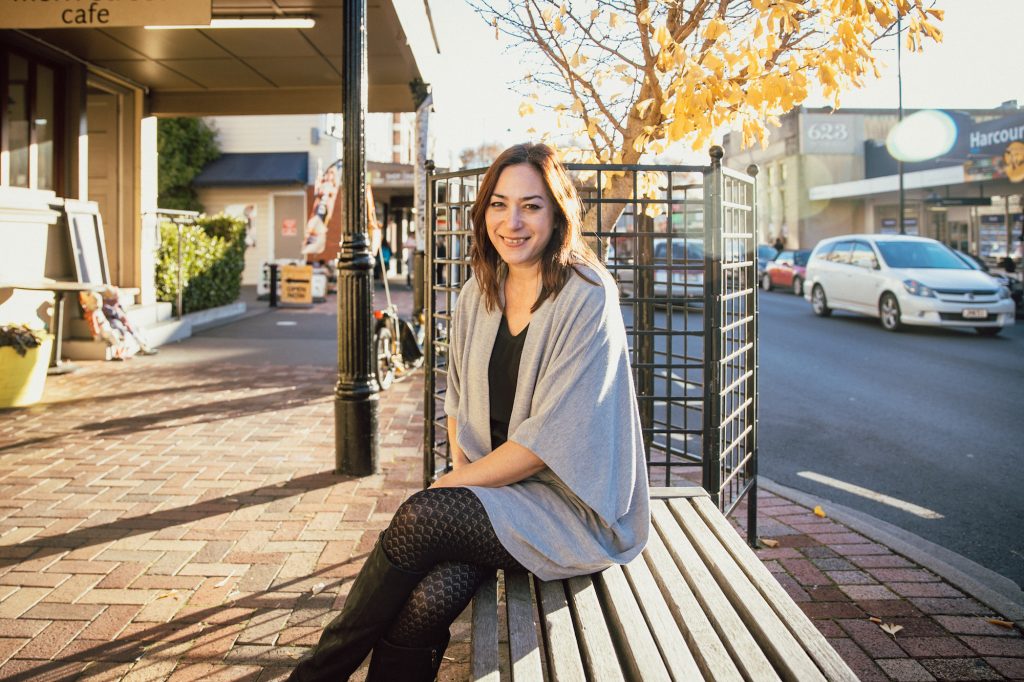 A Nelson charitable foundation may be too humble. New head and former corporate high-flyer Wei Siew Leong relishes the chance to give something back to the community by joining those who give back. Maike van der Heide investigates.

Working in the fast-paced metropolis of Hong Kong, firmly ensconced in a world of high-flying corporates, Wei Siew Leong found true satisfaction in a rare chance to give back to the community.

So it was serendipitous when, many years later, she found herself in the business of doing just that.

As the new executive officer of the Nelson Bays Community Foundation, Wei Siew, backed by a volunteer board, helps people to donate, or give in their will, sums of money to invest for the benefit of a charity or organisation of their choice.

Since taking up the job in early February, Wei Siew, a business development, marketing and communications specialist, is relishing the change from corporate pressure to grassroots community involvement where working together is the norm.

“In the corporate world we talk about collaborating but with commercial tensions it’s quite difficult to be truly collaborative. Here, there are no boundaries and I really like that. I love the collaborative nature, the generous nature of this job. It’s wonderful to be able to deal with nice people who don’t have any other business objectives than to do good. I really like that.”

Wei Siew made the sea-change from a decade of Wellington city life, where she was latterly director of client strategy at law firm Kensington Swan, to join her partner Johnathan in Nelson. The youngest of her three children, aged 24, 21 and 14, moved with her.

Originally from Tauranga, Wei Siew was born to a Malaysian Chinese father and Kiwi mother and spent 10 years of her childhood in Malaysia.

She returned to Tauranga in time for high school, then gave in to the travel ‘itch’ and ended up in Melbourne, where she met her husband-to-be (now ex), who was from Hong Kong.

The couple moved to his home city. Wei Siew spent the next 14 years building up professional expertise in marketing communications and marketing development for international law firms.

“That was interesting, but the great thing about working for larger firms, and maybe the ones I chose, is that they had sustainability initiatives that were about contributing to the community. I really enjoyed those moments and have always wanted to do something that to me was meaningful from a personal perspective but that would help the community and those around me – contribute more, rather than just take.”

Wei Siew personally supported various charities over the years but with a growing desire to do more, cut-throat corporate values were beginning to grate. “It’s all about the deal; it’s all about the jobt.

It’s not about what’s happening in your community in your day-to-day corporate life. The needs of the average person are far from your mind, unless you deliberately reach out and provoke people, which some of the firms I worked for were really good at.”

Returning to New Zealand after 20 years overseas, Wei Siew channelled that yearning into a campaign to contribute to the local wool yarn community.

An avid knitter – a hobby perfectly contrasted to corporate life – she realised nobody seemed to be buying, or even know about, Kiwi knitting yarn, and instead were sourcing it from big labels overseas.

“I thought, that’s wrong because it’s actually really good stuff.” After throwing all her marketing skills into a six-year ‘personal mission’, while working part-time to support herself, Wei Siew is proud of her contribution to  raising the profile of New Zealand yarn through her online blog, Kiwiyarns Knits.

“I started my blog to tempt people to want to use the yarn, showing them you can make something nice with it.”

She has seen the number of independent hand-dyers of yarn increase from around three at the time, to more than 100 today. Many of these dyers specifically source New Zealand-made yarn.

“I’m very pleased that I could contribute to the industry and help raise the profile of New Zealand-made yarns. It was about giving back and helping, and not a business venture.”

During this time Wei Siew met Johnathan, an expat American living in Nelson, and as talk of joining him in the South Island progressed, the job advertisement for the Nelson Bays Community Foundation came up.

“I was very lucky to get the job, and everything fell into place. For me, it was a combination of many years of wanting to do something for the community and I’m really pleased that I can now spend my days helping to fulfil generous wishes and enable their desire to do good things.

“I’m loving it. The Nelson community is a lovely community – there are a lot of very nice people here. It has been nothing but welcoming; it’s been great. It’s nice to be part of a community that I can do something for.” She is pleased to have found a job where she can put her vast marketing experience to good use, without the pressures of city life.

“I’m very grateful to be working with some fantastically committed trustees. Some very astute people live here. The community has a lot of migrants who are all very intelligent, and lots of retired people who were in business. I’m working with some pretty switched-on individuals, so I’m getting the best of both worlds.”

Wei Siew’s role is to represent the foundation and be the point of contact for those wanting to make donations or leave bequests, assist its day-to-day operation and, importantly, to promote its existences.

“The trustees became aware they needed to ramp up the foundation’s profile in the community.”

Although it was established in 2010 with support from the Tindall Foundation, which now distributes $50,000 to the community annually through the foundation, its function is not widely known to the Nelson public.

The reason for this is valid, if somewhat sombre: many bequests left by people in their wills have not yet been realised, so the impact of those donations on the community  has not been aired.

In the meantime, Wei Siew is on a mission to ‘start making noise’ by personally introducing the foundation to as many people as possible.

“I’m always seeking opportunities to speak to people so if any [groups] invite me to come and introduce the foundation, I’m happy to go and talk about it.”

An invitation to speak to the Waimea Friendship Club brought home the task ahead for her: Of the 40-odd retired people in the room, only the chairperson, who extended the invitation, had heard of the foundation.

“The interesting thing is that the minute people hear I’m from the foundation, they think I’m going to ask them for money and they run away quickly. But it’s not about asking for donations; it’s about enabling generosity – that’s what we’re here for, to help.”

In a bid to spread the worde, Wei Siew is also targeting professional advisers in the community, such as lawyers and accountants who assist people wanting to make a gift in their will.

She is encouraged that some people have been making contact, including with the foundation trustees, through word-of-mouth, as happened recently.

“[A donor] wanted to give an interest-only gift in their will. That’s exactly what we’re here for. We are able to administer the asset and provide the interest to the organisations who are to receive the support. That person’s wishes will be made true.”

One of Wei Siew’s key messages is that any donations made through the foundation stay within the Top of the South: “It never goes out of the area.”

The foundation’s website already notes a growing list of recipients and Wei Siew looks forward to seeing that increase. She has no doubt that, over time, the community will make that happen.

“People are really, truly proud of their region and it’s nice to be part of a strong community where people are connected to where they live and what happens here.”

The Nelson Bays Community Foundation invests donations made by local people, either as a philanthropic gift or in a will, within their local community.

It is one of several foundations nationwide under the umbrella of Community Foundations of New Zealand.

All funds received by the foundation are pooled and invested in perpetuity, with the interest used to support the charities or organisations chosen by the donor.

If a specific recipient has not been identified by the donor, the pooled money is distributed to community and charity groups who apply to the foundation for grants.

Through careful investment that generates interest on the original amount, any donations made through the foundation become the gift that keeps on giving.

The Nelson Bays Community Foundation was established in 2010 and is run by a local volunteer board, with Julie Varney as its chair. The deputy chair is Tim Saunders and its trustees are Bill Agnew, Nick Moore, Liz Crawshaw, Dave Ashcroft and Dene Gavin.

Julie says the foundation is poised for significant growth and development in the next year, and believes its only paid employee, Wei Siew, will  “take it to the next level”.

Wei Siew says individuals can choose to make a direct monetary donation or leave a percentage of their estate to the foundation. This can be done in a person’s name, or anonymously if they wish.

“When you make that gift you can specify what you want it used for. Some people have left funds to the Heart Foundation, Cancer Society, or the Brook Waimarama Sanctuary, for example. Or some people split it – half goes to the Cancer Society and the other half into the community groups that apply for funding.”

The foundation uses Forsyth Barr to invest and manage the funds. They give their services free of charge. The foundation is also grateful to sponsors including BNZ, Port Nelson, Duncan Cotterill, Crowe Horwarth and the Tindall Foundation.