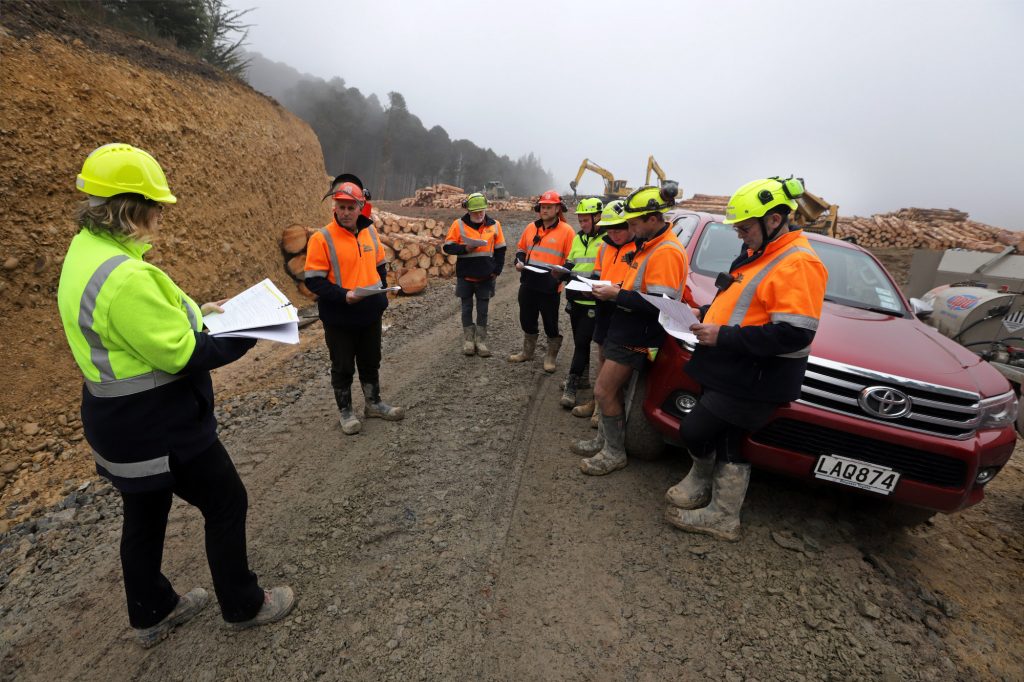 With their recent big tick from the Forestry Stewardship Council’s® (FSC®) annual independent Environmental Management audit, Nelson Forests are showing they walk their talk when it comes to continuous improvement in environmental stewardship.

Nelson Management Ltd (NML), who manage Nelson Forests, are FSC®-certified, which provides an assurance that their forests are well-managed, to ensure environmental, social and economic benefit.

The Company’s own Environmental Management System forms one of the key foundations in its FSC® certification.

NML Planner, Heather Arnold, whose primary role has focused on the Company’s environmental footprint for the past 14 years, was delighted with the FSC®’s latest audit report.

“Our Environmental Management System was acknowledged as a ‘strength.’ That particular word choice might not seem a biggie to those outside the industry, but it is,” she explains.

“The FSC’s® role is to search out problems and identify issues. Rarely do they formally recognise great practice. It really is an unexpected and humbling exception.”

Environmental best-practice to the fore

“Historically, forestry companies simply put trees anywhere they would grow. It was all about planting a forest, with little thought given to the environmental impacts of harvesting,” Heather says. “However, at Nelson Forests we’ve had an Environmental Management policy since 1995, reflecting our understanding of the need for continuous improvement in how we deal with the atmosphere, waterways, soil, landscape, ecosystems, people and communities.

“Over time there’s been a general raising of the bar, with modifications to a variety of operational practices, including, in a few cases, complete retreat,” says Heather. “Also, with the release this year of the government’s new National Environmental Standards for Plantation legislation, we’ve had the timely opportunity to ensure our new policy is in alignment, meaning improvements will only be enhanced.”

Heather has been engaged in the ongoing process of rolling out to all NML’s contractors and crews the Company’s newly-released Environmental Management System. This follows a comprehensive two-year overhaul, after NML organised a wide-ranging sedimentation workshop that brought together experts and interested parties from around the country and overseas, all engaged in a no-holds-barred consultation process.

NML’s Estate Value Manager, Andy Karalus, says the Company was particularly aware of sedimentation concerns amongst environmental specialists and the wider community. “Human land-use activities around waterways, such as road construction, farming, urban development and forest-harvesting activities, can suddenly increase the amount of fine sediment that enters the system and have detrimental effects on water quality and plants and animals that live there,” Andy says.

“While sediment in our waterways is a natural occurrence, levels that are too high can cause harm within natural ecosystems.” 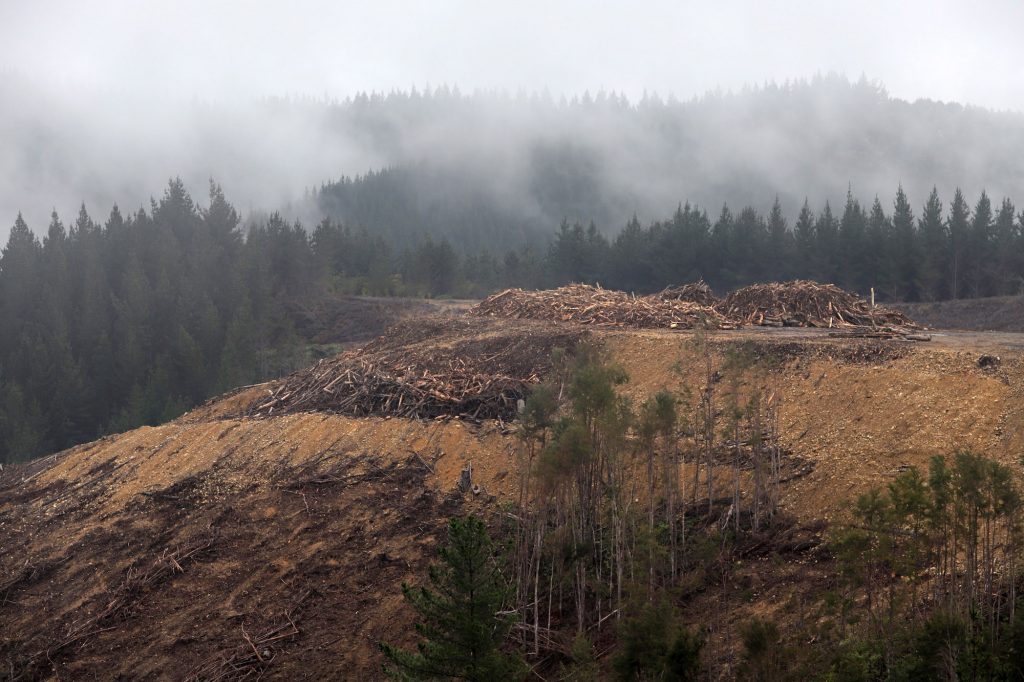 The maintenance of a healthy forest estate provides a natural environment rich in biodiversity, containing a wealth of flora and fauna not found in other intensive land-based industries like agriculture and horticulture.

“Our plantations, especially with their deep reinforcing root systems, are actually providing considerably more slope stability and runoff protection than other productive land use,” says Andy.

It is only over the two-to-three-year period when cover is regenerating after harvesting that the main sedimentation vulnerabilities have been found to occur. As this accounts, at any one time, for approximately twelve percent of NML’s estate, the vast remainder of the forests are serving the environment well.

Sediment is generated from roads and earthworks and from uncovered, unprotected soil surface that is open to rainfall events, when sediment becomes waterborne, and being on slopes, is pulled by gravity downhill and towards waterways.

“When we harvest,” says Andy, “we undertake a waste assessment of the site to ensure all the logs are recovered – that only the tops of trees and branches remain. This material, called ‘slash’ in the industry, actually returns nutrition to the soil and provides vital protection to the soil surface from the direct impact of rainfall.”

One of the determinations from the review process, and particularly from scientific research from the Virginia Department of Forestry in the USA, was the value of forestry slash in the prevention of soil runoff and sedimentation.

In controlled testing of materials used to minimise sediment erosion, comparisons were made between unprotected bare soil, land seeded with grass, land covered with wheat straw mulch, and also land covered with both hardwood and pine slash.

The research concluded: “Slash and mulch treatments were the most effective at erosion control because they provide the most ground cover, which serves to stabilise the soil by providing protection from rainfall impact and reduction in overland flow velocity.

“The protection…is immediate and therefore these treatments should be implemented in areas that are highly susceptible to erosion, such as steep grades and fill slopes.

“The protection offered by slash is very near to that provided by [the best performing] straw mulch. Slash also has a lower decomposition rate than does straw mulch and therefore has a longer residual lifespan.”

Andy explains that the research also showed how the variable nature of slash – the fact that it’s not solid and ordered – maximises its effect as a filter. “An example would be a seawall, where a solid barrier only deflects the energy, whereas a permeable approach, such as piles of boulders, dissipates it, thereby reducing the erosive force. This ability is another real plus with slash.

“We’re very aware of the potential for extreme weather events to create problems downstream,” says Andy. “From time to time there will be landslips – it literally comes with the terrain we’re working in – but what we’re constantly seeking is to ensure that any slash that does move can be caught or trapped before it damages property downstream. That’s the bottom line.”

“Our Environmental Management System is an ongoing journey, a living document. Our teams are its greatest strength. Their unique understanding of the environment, their knowledge and practical experience of what is acceptable practice, is what enables us to put all the science, legislation and expert advice to best effect.

“It’s all about ‘connectivity’,” says Heather. “Making sure that wherever our earthworks activities are ‘connected’ to channels and streams, we protect the soil or build silt traps to reduce sediment leaving our land.

“We view the land and all its resources holistically, to ensure we are consistently making the right environmental choices.”