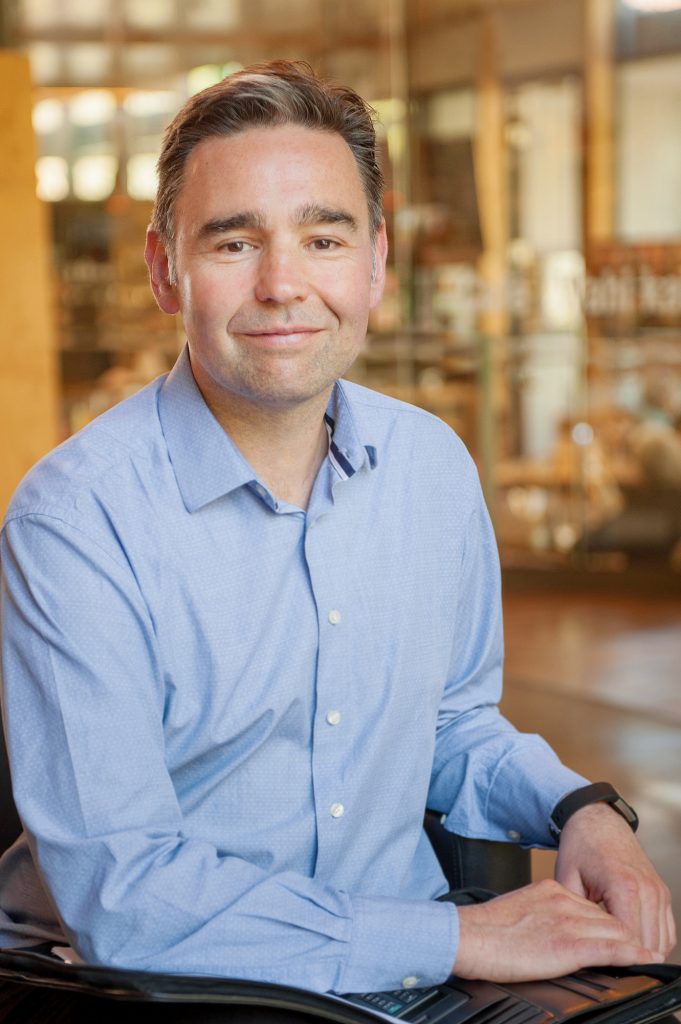 Richard Butler, well known in Nelson for such disparate roles as founder and director of successful technology company BlueBerryIT and bass player with popular local band The Immigrants, has added a new chapter to his varied career.

He’s now working with Genratec, a professional coaching firm, as a human performance coach. “Our coaching is about helping people be the best version of themselves,” he says, “designing your future, looking at what’s getting in the way, and living your life on purpose.”

Though this might seem a major change of direction, Richard believes it’s more an extension of the coaching and mentoring he’s been doing for the last 10 years at BlueBerry and in previous roles.

It was at BlueBerry that Richard worked with a Genratec coach to help improve his own leadership skills. He hugely enjoyed the experience and gained so much on a personal level, that when he came to consider his next career move, coaching with Genratec was the logical choice.

“While BlueBerry remains a great business and I’m still involved strategically there, what I loved most about the coaching was how it moved the way I designed my life and I wanted to apply this outside myself and the business. It’s a progression as much as anything else,” he explains.

Richard, who was born in Canada, grew up in northern England and moved to New Zealand 16 years ago, says while there are other coaching businesses around, he has not found one with the same depth of training and strong scientific approach. “That rigorousness really appeals to me.”

While some institutions may qualify a coach after as little as 40 hours’ training, Richard has completed 350 hours over the last two years; and the training is ongoing through supervision with a senior coach for at least an hour each week. “I never stop learning,” he says.

Richard, one of about a dozen Genratec coaches in New Zealand, is working with clients who undertake a 22-week programme involving around an hour’s consultation each week and several assignments to be completed outside the coaching sessions.

“The people we work with tend to be those who recognise that where they are is not where they want to be; people who are yearning for something different.”

Richard spends time talking to clients about all aspects of their life – work and personal – before helping them design the future they want, taking into account where they are right now, what might get in the way, and how to handle those obstacles.

“One of my long-term goals is to be coaching people in the music industry. I feel music is a real power for change in the world; I want to help musicians, and artists, to be the best version of themselves.”

If you’d like to know more about what Richard does call him on 021 284 4064 or email at rbutler@genratec.com for a confidential discussion.