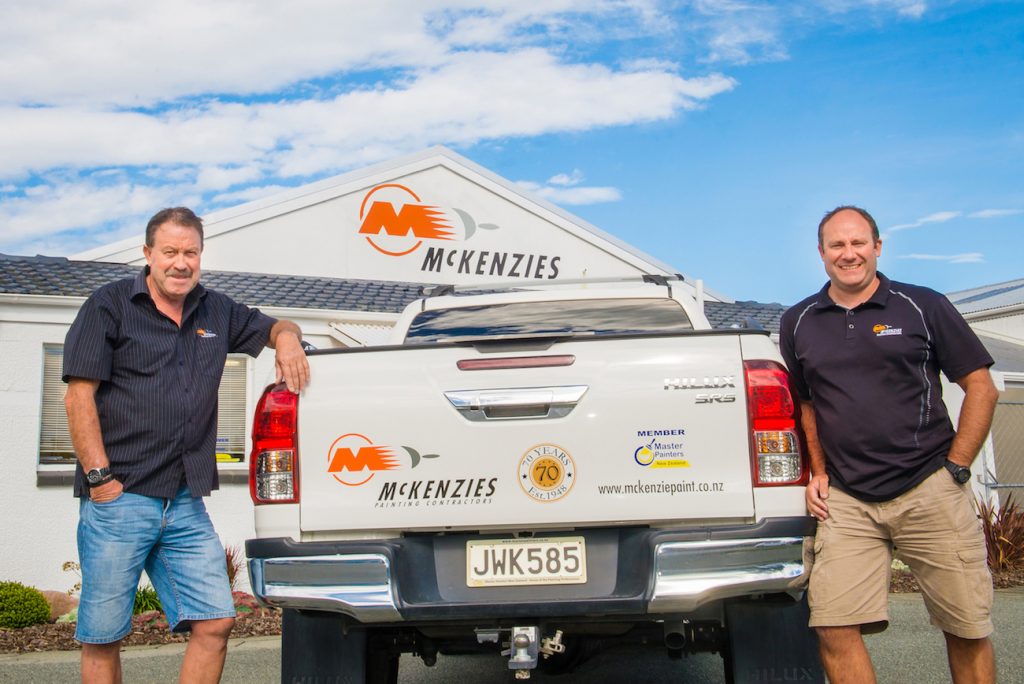 It is rare in the painting industry for a company to outlast its founder, but McKenzies (or Ray McKenzie and Sons, to give the firm its full title) is still going strong 70 years after it was founded.

He was then followed by his sons Terry and Glenn joining their father in 1967 and 1975 respectively, going through their apprenticeships in the painting trade and later going on to train most of the painters in the region. In 2012 Nathan Delany, who is Ray’s grandson, joined the company. Nathan is a qualified builder and is project manager and adds another dimension to the company and in 2014 Karin McKenzie, granddaughter of Ray, joined the workforce and is at present learning the painting trade.

The company has continued to grow over the past 70 years from a sole operator business to one employing up to 35 employees at its peak; today the workforce averages 30. The apprenticeship course is still running, with two currently learning the trade
at McKenzies.

A strong work ethic pervades this company, with only the highest standards accepted in every job they undertake. This means they have an army of loyal clients, some of whom have been with the firm for 40 years or more; Glenn comments that they are now dealing with a third generation of clients, from families that started out with his father.

“Our clients are our main priority,” says Glenn. “We follow up each job with a visit to see that all is well and that the client is happy with what we have done. We are always looking for ways to do things even better.” They may not be the cheapest price but they believe that when you have your house painted it is an investment and the best products and workmanship must be used and McKenzies always stands by their workmanship.

Along with their commercial and residential painting McKenzies also has its own spraying factory which services a number of joinery firms in the region as well as the local public. People are amazed that for as little as around $2,000 they can completely update their kitchen or furniture items.

The team at McKenzies are all qualified master painters and know they set a standard that they must up hold.

Over the years, McKenzies has maintained loyal relationships with its various suppliers and thanks them for their support on this occasion.